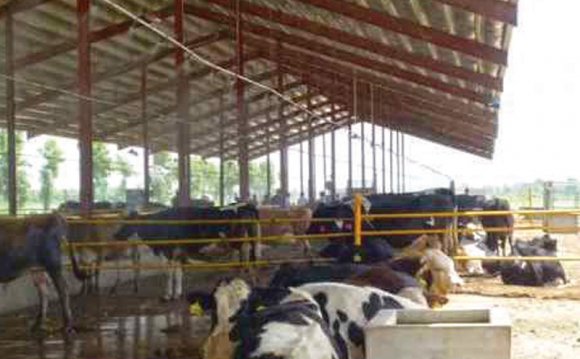 ¹From 1999/00 to 2004/05 the average size of the dairy herd is estimated by taking the size of the herd at June and December from the agricultural census information, and calculating the population trends during the remaining months of the year. The average herd size shown in the table below is therefore consistent with, but not the same as, Defra's published agricultural census data. From 2005/06 data is obtained through the Cattle Tracing System (CTS).

²The average yields have to be taken with a degree of caution as they are based only on the total milk production recorded divided by the size of the dairy herd.

3Please note that total milk production is based on all milk produced on farm, including the milk which is delivered to dairies, milk used on farm in the production of dairy products, milk consumed in farm households, milk fed to livestock and farm waste; suckled milk is excluded.

The Land of Milk: Israel’s Super Cows Are the World’s ...

A cow can produce 120 glasses of milk per day. #MuseumsExplain