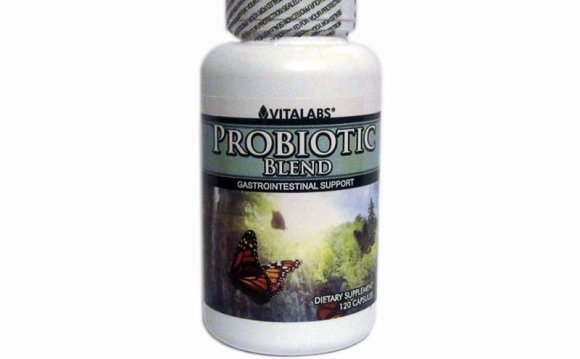 Got milk? If you're from the Americas, Australia, or any country in Europe, the answer is probably yes. Milk has long been a staple in those parts of the world and the variety continues to expand, as does our love for all things rich and creamy made from it.

Plain milk is the basis for a tasty assortment of products, from butter to yogurt and cheese, created over the centuries by necessity, accident or ingenuity. Many of these products are nearly as old as milk itself, but guess who's the new kid on the block? Ice cream! Believe it or not, this dairy obsession didn't appear in the historical record until the 17th century.

Milk: From Farm to Table

Although some folks drink raw milk, most of the milk we drink these days has been homogenized and pasteurized. Want to know more about what milk goes through before it hits your table?! Keep reading.

After cows are milked, their rich, fatty milk goes through a process called homogenization, which reduces the size of the fat globules present in milk and disperses them evenly instead of having a layer of cream on top. For skim or fat-free milk, part or all of the cream layer is removed before the milk is homogenized.

The purpose of pasteurization is to make milk uniformly safe for human consumption and to improve the keeping quality of milk, thereby extending its shelf life. Some vitamins and nutrients are lost when milk is pasteurized. Among these are the enzymes lipase and lactase that aid in the digestion of fats and milk sugar (lactose), and vitamins C and B6.

The Raw Facts about Raw Milk

Because of its rich flavor, high vitamin content and digestive enzymes, raw milk has a devoted following in some areas where dairy farms supply it to the surrounding community. Take note, though, that raw milk by definition is unpasteurized and can be dangerous to consume if it is contaminated with harmful bacteria, causing serious illness or even death, especially in children or individuals with compromised immune systems.

Cows that produce certified organic milk are not given antibiotics or added growth hormones. In addition to having access to the outdoors, cows on certified organic farms are fed 100% organic feed, so consequently they're not exposed to persistent pesticides, herbicides or fungicides, eliminating the possibility that these chemicals may turn up as residues in the milk. (Genetically Modified Organisms, or GMOs, including the use of cloned animals, are also prohibited by the Organic Standards.)

Why We Love Butter

Wonder why we love butter so much? Because it's churned from rich, flavorful concentrated cream. In fact, by law it must have a fat content of at least 80%. Spread on toast or tossed with hot pasta, we think a little butter adds just the right touch.

All butters have the same basic make-up and list of uses, but there are so many delicious ones to choose from. Check out a few of our favorites:

This rich product has a slightly higher amount of butterfat (up to 84%) so you'll find it a bit richer than its American counterparts.

Essentially, ghee is just clarified butter. That is, it's been heated until all of the water has evaporated, leaving a concentrated flavor and texture. Ghee is most popular in India, where the climate necessitates having butter that can be kept at room temperature for a long time.

Think it's hard to make your own butter? Think again! Use a clean pint or half-pint jar with a tight-fitting lid and fill about one-third of the way with heavy cream. Shake the jar until a lump of butter has formed. (This will take about 10 minutes. The longer you shake the jar, the larger the lump will be. You can also whisk heavy cream in a bowl with the same results.) Pour off the remaining liquid. Fold in a bit of salt or a small handful of fresh herbs and you're set.

We've already covered milk and butter. But what about all of the other good stuff that's made from milk? Believe it or not, we're just getting started:

Historically, buttermilk was the liquid that remained after butter had been churned, which was then exposed to airborne bacteria and allowed to ferment, acquiring the slightly sour, acidic flavor that it is prized for. These days, the buttermilk available in supermarkets is actually a cultured product created from ordinary skim milk that's been fermented and pasteurized. Use buttermilk as a base for soups, salad dressings or marinades, mix it with sweet berries or peaches, or look for baked goods that use it as a tangy ingredient. (You can't go wrong with a classic. Use buttermilk to make Fresh Herb Buttermilk Biscuits.)

Cottage cheese is actually a cheese-curd product that still contains some whey; it's usually available in either large or small curd varieties. Cottage cheese, along with its cousins farmer's cheese and pot cheese, is usually served with fresh fruit and vegetables, but it has merit as a substitute for richer, high-calorie dairy products in lasagna, dips and desserts such as cheesecake.

This term is used to describe everything from heavy cream to half and half, whipping cream and double cream. (The fat levels range from roughly 12% to 48%.)

Kefir Benefits: 12 Things To Know About This Yogurt-Like Food