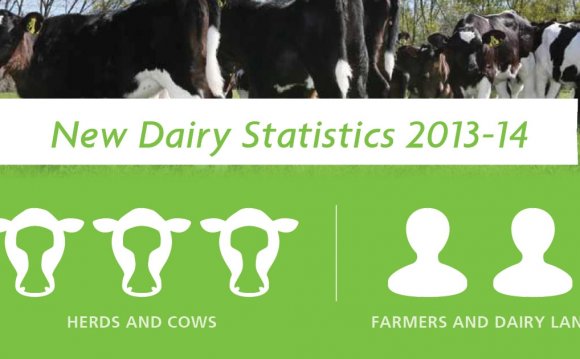 Dairy farming has been part of agriculture for thousands of years. Today, modern dairy cows are bred specifically to produce large quantities of milk.

Like humans, cows only produce milk after they have given birth, and dairy cows must give birth to one calf per year in order to continue producing milk. Typically they are artificially inseminated within three months of giving birth.

These high-production cows produce milk on average for less than three years, after which they are culled and their meat used for beef.

There are approximately 250 million cows producing milk around the world. There are approximately 10 million dairy cows in North America, 23 million in the EU, and 6 million in Australia and New Zealand. Milk production is on the rise in Asia, including in countries not traditionally known for their milk consumption, such as China, which now has more than 12 million cows producing milk.

Over the last fifty years, dairy farming has become more intensive in order to increase the amount of milk produced by each cow. The Holstein-Friesian, the type of dairy cow most common in the US (as well as in the EU and the UK), has been bred to produce large amounts of milk. Milk production per cow has more than doubled in the past 40 years. In the US, the average dairy cow produces more than seven gallons of milk per day. If she was producing just enough to feed her calf, a dairy cow would only produce about one gallon of milk per day.

The majority of dairy cows in the US are kept without access to pasture for most of their lives. This is known as “zero grazing, ” and is practiced increasingly in large-scale operations in North America and parts of the UK.

Cora Cow talks about milk production on a dairy farm.