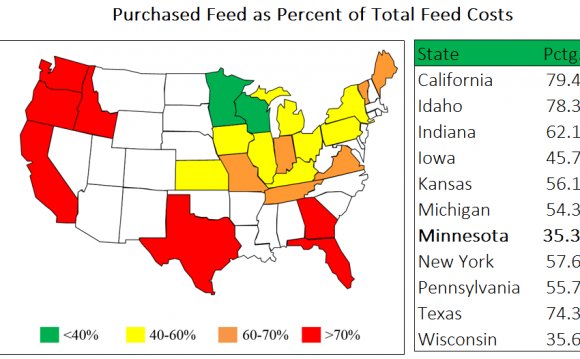 There’s so much milk flowing out of U.S. cows these days that some is ending up in dirt pits because dairies can’t find buyers.

Domestic output is set to be the highest ever for a fifth straight year. Farmers are still making money as prices tumble because of cheaper and more abundant feed for their herds. Supplies of raw milk are topping capacity at processing plants in parts of the U.S. and compounding a global surplus even with demand improving.

Agri-Mark, a 1, 200-dairy cooperative in New England that had $1.1 billion of sales last year, started pouring skim milk last month into holes used for livestock manure. It was the first time in five decades, and farmers so far have unloaded 12 truckloads, or 600, 000 pounds (272 metric tons). While having small amounts of milk spoil or go unsold isn’t unusual, Northeast dairies dumped 31 percent more this year through May than the same period of 2014, government data show.

“Usually we’d find someone to buy it at a reduced price, or ship it to the Midwest, ” said Bob Wellington, a senior vice president at Andover, Massachusetts-based Agri-Mark, which was founded in 1913. “But those plants are full. There’s no way to process it in the time needed for a perishable product.”

Domestic output in May reached 18.4 billion pounds, the most in any month, and is on pace to reach a record 208.7 billion pounds this year, the U.S. Department of Agriculture said June 18. Globally, production will rise 2.1 percent to a record 582.52 million tons as top exporter New Zealand sells the most ever and the European Union ends limits on dairies that had been in place since 1984, the USDA said.

U.S. farmers expanded after futures on the Chicago Mercantile Exchange surged to a record in September, fueled partly by rising cheese demand and a jump in purchases by China. Since then, warmer weather has brought a seasonal increase in supply, demand slowed from importers, and a stronger dollar eroded exports.

Global dairy prices have dropped 39 percent from an all-time high in February 2014 and are the lowest in five years, United Nations data show. In Chicago, benchmark Class III milk futures, used in cheese making, are down 36 percent to $16.11 per 100 pounds from a record $25.30 in September. Prices may fall to $14.41 by the end of the year before recovering in 2016, said Tom Bailey, a New York-based analyst at Rabobank International.

New Zealand’s dollar has tumbled to a five-year low as falling milk prices amplified speculation the nation’s central bank will cut interest rates this month. The kiwi slid against almost all of its 16 major peers this year.

The milk slump has been a boon to buyers including processor Dean Foods Co. and retailer Supervalu Inc., contributing to a slowdown in the pace of food inflation.

At the same time, the dollar’s rally against most of the world’s currencies helped to spur a 10 percent drop in U.S. milk exports in the first four months of 2015, while imports rose 12 percent, compounding the domestic surplus, government data show.