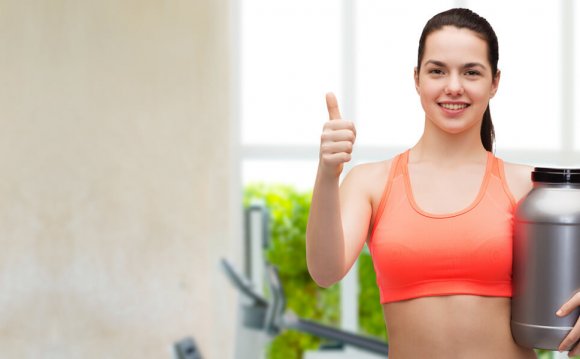 Casein is the most abundant protein in milk. It is relatively insoluble and tends to form structures called micelles that increase solubility in water. During the processing of milk, which usually involves heat or acid, the casein peptides and micelle structure become disturbed or denatured to form simpler structures. As a result, a gelatinous material is formed. This is the basis for why casein has a slower rate of digestion, and results in a slow but steady release of amino acids into circulation.

In one study, researchers gave healthy subjects 30 grams of either whey protein or casein protein and made several measures of the anabolic and catabolic effect for 7 hours after the meal.[2] Whey protein resulted in a rapid increase in blood amino acids and protein synthesis, but it was short-lived. Casein, on the other hand, resulted in a prolonged increase in blood amino acids that resulted in a 34% reduction in protein breakdown. The net protein balance remained more positive after intake of casein protein over a 7-hour period. The superior long-lasting effect of casein was attributed to a delayed gastric emptying and slower absorption rate from the gastrointestinal tract to the blood.

Since whey rapidly increases protein synthesis and casein blocks protein breakdown, a combination of both would be ideal.

A recent study compared the effects of supplementing with either a combination whey and casein protein versus carbohydrate on several markers of muscle anabolism during strength training.3 Untrained men participated in a 10-week resistance training program and either supplemented with 40 grams of carbohydrate or 40 grams of protein containing a mixture of whey and casein. Half of the supplements were consumed one hour before and then immediately after exercise on workout days. The results were overwhelmingly positive for the combination protein group. Despite similar background diets and identical training programs, supplementation with protein resulted in greater increases in several measures of muscle anabolism, including greater increases in lean muscle mass, thigh muscle mass, muscle strength, anabolic hormones and muscle specific proteins.

In a similar study that lasted 14 weeks, untrained men performed resistance training and received either 25 grams of carbohydrate or 25 grams of a combination whey and casein protein one hour before and immediately after exercise.[4] The combination protein group had significantly greater increases in muscle fiber size compared to the carbohydrate group. These studies provide strong evidence that a combination protein consumed before and after workouts increases muscle size.

Practical uses of whey and casein

The science unequivocally shows that the digesting rate of protein is an important regulator of protein balance. Whey provides a quick burst of protein synthesis while casein makes an ideal protein supplement to sustain long periods of an anabolic environment for muscle growth. Based on these different characteristics, whey and casein can be used alone and in combination to exploit their unique biologic effects.

How I Prepared My Casein/Whey Protein Shake