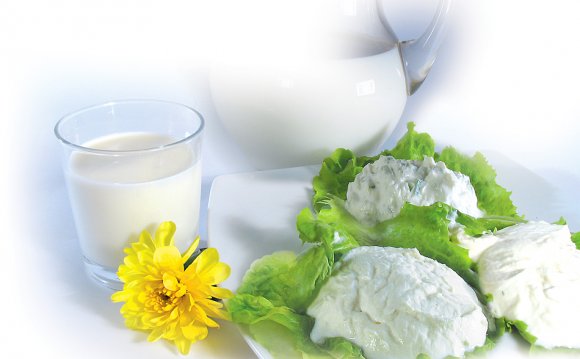 enjoy a long and vibrant history. In every society that historically consumed dairy foods, cultured yogurt and other probiotic dairy foods earned a much-loved and much-respected place in the indigenous diets. That place was rightly deserved, too. While culturing milk and cream inevitably offered the practical benefit of enabling dairy foods to last longer; it also enhanced their nutrient profile. Cultured dairy products like raw milk yogurt and milk kefir offer the same probiotic benefits that you’ll find in true sour pickles or real sauerkraut coupled with the beneficial nutrients found in animal foods like preformed vitamin A (did you know about the connection between maternal vitamin A intake and cleft palate?), beta carotene, vitamin K2 and CLA- particularly if the animals were pasture- or grass-fed.

There’s life beyond yogurt and kefir, though. Cultured dairy foods are as diverse as the societies that cherished them. Here’s a look at ten cultured dairy foods – some might be new to you! Here’s a little thing I love about cultured milk products: they all seem to offer double vowels – blaand, piimä, chaas, viili.

Bonny clabber is a traditional cultured dairy food in both the Southern United States and in Scotland. In the United States, it was customarily eaten with molasses, cinnamon and nutmeg for breakfast. Bonny clabber is a wild-cultured dairy food in that it requires no starter; rather, its probiotic properties stem directly from the natural flora in the milk and in your home. In that respect, it’s similar to a wild sourdough. Preparing bonny clabber is simple: take raw whole milk (and, yes, it absolutely must be raw) and leave it on your counter until the milk solids naturally separate from the whey – developing a thick and yogurt-like consistency. You’ve made bonny clabber as simple as that.

Filmjölk is a Swedish cultured dairy food that is mildly sour in flavor and remarkably versatile. Filmjölk, like most of the tastiest cultured dairy foods, is cultured at room temperature without the need for a heat source or yogurt maker. This makes it particularly easy to work with. Filmjölk earns its tangy taste from lactococcus lactis and leuconostoc mesenteroides. These bacteria, like other involved in fermentation, render the milk slightly acid and that acidic environment coagulates the milk’s natural proteins turning the milk into sour, thick Filmjölk. To prepare Filmjölk, you’ll need to obtain a starter culture from a reliable source. I serve my Filmjölk over fruit in the morning or, from time to time, make homemade Filmjök Ranch Dressing. You can purchase starters online (see sources).

Viili is also a cultured dairy food of Scandinavian origin. Viili originally hails from Sweden but is now found in Finland where it is largely considered a national treasure. Viili’s ropy, unctuous and gelatinous texture is produced by a combination of yeast and lactic acid bacteria. I’ve read that a good viili can reach lenghty ropes of up to 1 foot or longer without breaking, but I’ve yet to see it. The flavor of viili is mildly sour in comparison to other cultured dairy products which makes it a good option for children or folks who are just wetting their feet in the territory of naturally sour probiotic foods. Viili is traditionally served with a touch of sweetener or gooseberry jam and is quite good served as a parfait with layers of all-fruit jam sandwiched between the viili. Viili is cultured at room temperature so you do not need a yogurt maker, only a starter culture which you can purchase online (see sources).

Piimä, like many of the other cultured dairy foods described here, is of Scandinavian origin. It has a sour flavor coupled with the subtle nuances of a mild cheese. This combination of flavors makes piimä particularly well suited to savory dishes (check out my pan-fried brussels sprouts with piima cream) and it is, according to my little boy, the best and most delicious of the cultured milk products. Unlike other cultured dairy foods, piimä is thin in consistency and is traditionally used as a beverage similarly to buttermilk. Piimä is easy to prepare because it, like many cultured dairy foods, it is mesophillic meaning that it cultures at room temperature instead of through added heat. All you need is a starter culture with which you can innoculate your milk with the strains of beneficial microbiota that make piimä particularly unique. Piimä can be cultured indefinitely, with proper care, and you can find your initial starter online (see sources).

Matsoni is an Eastern European cultured dairy food with a heritage attributed to Bulgaria, Georgia, Armenia or Russia depending on who you talk to. Lore promises that matsoni will prolong life and there may be something to that as we’re just now beginning to understand the mechanisms surrounding how fermented and cultured foods benefit our long-term health. Matsoni is produced through unique strains of lactic acid bacteria which produce this mildly sour yogurt with a syrupy consistency. Children are particularly fond of it. Matsoni is particularly good for breakfast, but I also like it poured over fruit for dessert. Matsoni is also mesophillic so it requires very minimal effort to prepare. Just mix a starter culture with fresh milk and leave it on your counter to culture for a day or two depending on the temperature of your home. See sources for a starter culture, and this is my preferred yogurt for making labneh, or yogurt cheese.

When I think of buttermilk, I invariably think of the scene in Some Like it Hot when Spats announces he’s drinking buttermilk to a visibly disappointed police chief. I don’t know why, it’s just always there lurking in the recesses of my childhood memories when we’d spend entire summers watching old black and white movies. Buttermilk is traditionally made from the thin milk reserved from making cultured butter; however, many traditional food lovers are now using a starter culture and making whole-milk buttermilk. Buttermilk’s sour flavor is the result of lactic acid bacteria – particularly streptococcus lactis or lactobacillus bulgaricus. It can be enjoyed in a variety of ways, but it is particularly well suited to baking – granted, that destroys the beneficial bacteria – but it makes a killer bread or cake (check out my soaked flour gingerbread). Or, like Spats, you can drink it plain as was popular until the middle of the 20th century. Take care not ot purchase or use most store-bought buttermilks as even the organic versions often contain fillers instead of pure, cultured milk. Instead, make your own using a starter culture (see sources).

Traditionally buttermilk was not cultured as buttermilk in and of itself; rather, it was simply the thin liquid leftover from making butter. This traditional buttermilk is versatile and rich in the natural beneficial bacteria found in the raw milk itself. Alternatively, it may be rich in the bacteria that was introduced into the whole milk prior to culturing it for buttermaking as in the case of cultured butter. Now, aside from a few home kitchens, traditional buttermilk is only really used in India where it is called chaas. In India, chaas is often flavored with salt, cumin, chilies and other spices much in the same way that bonny clabber is flavored with nutmeg and molasses in the west. You can prepare chaas by first making butter (learn how to make butter) then straining the resultant liquid. Now you have chaas or traditional buttermilk, no starter culture is typically needed.