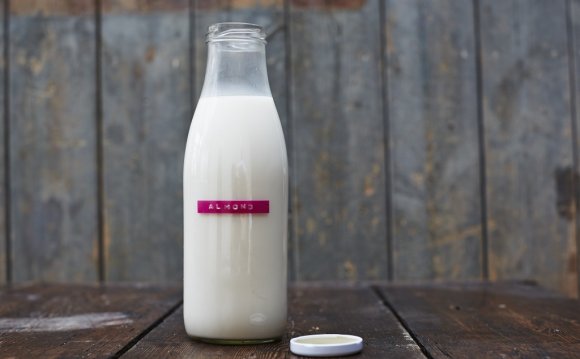 Milk derived from mammals, such as cows and goats, contains a variety of nutrients and has long been associated with a number of health benefits, as discussed here.

In recent years, however, many more people have begun to eschew animal-derived milk due to increasing awareness of the potential adverse effects of milk consumption, including allergies and lactose intolerance, a possible increase in the risk of certain cancers and diabetes, and due to ethical concerns over the use of animals (leading people to become vegan).

Fortunately for those who avoid consuming cow's milk, a wide variety of non-dairy milk alternatives is now available, each with a different nutritional profile, flavor, color and texture. These milk alternatives are not actually "milk" per se, but are extracts derived from plant sources such as nuts, seeds and grains.

According the Food Allergy Initiative, allergy to cow's milk is the most common food allergy in infants and children.1 Lactose intolerance is different to a milk allergy and is a common condition that results from the body's inability to digest the sugar (lactose) in milk due to a lack of the enzyme lactase. For the majority of animals (including humans), lactase production declines after breastfeeding ceases.

Older children and adults who continue to drink the breast milk of non-human animals, but who no longer produce sufficient quantities of lactase to digest lactose, often experience symptoms of lactose intolerance such as bloating, flatulence, diarrhea and discomfort.

Levels of lactose intolerance vary between individuals, with an estimated 15% of people of northern European descent, 80% of blacks and Hispanics, and up to 100% of Asians and First Nations people unable to produce lactase. Some people are better able to tolerate fermented sources of dairy produce, such as yogurt and hard cheeses, which tend to have lower levels of lactose and higher levels of beneficial bacteria that support lactose digestion. For other people, even a splash of milk in their coffee can lead to digestive upset from lactose intolerance. Those with an actual milk allergy must strictly avoid milk and dairy in any form.

People who identify as vegan choose not to consume dairy and also avoid the use of any foodstuffs or other items (such as leather, certain types of glue, honey and wool) that come from animals. People who follow a plant-based diet also avoid consuming milk, cheese, eggs and honey, but may still use other animal products (such as leather), unless they are also vegan.

Some other non-vegans (including those who eat meat, poultry and fish) choose to cut dairy out of their diet for other reasons, such as to avoid hormones and antibiotics in conventional milk, as an acne treatment, or when following a so-called "Paleo" diet.


Lactose intolerance can cause bloating, flatulence, diarrhea and discomfort.

As cow's milk provides a significant source of nutrients for many people, choosing to cut it from the diet requires some forethought in terms of making up for those lost nutrients. There is no nutrient in cow's milk that is not able to be obtained elsewhere, and a diet without dairy has been deemed adequate for all life-stages.

All of the beverages listed below are lactose free.

Soy milk is probably the most popular and recognizable alternative to dairy milk. It is made from the bean extract of soybeans and comes in sweetened, unsweetened and flavored varieties such as chocolate and vanilla.

Like cow's milk, soy milk is often fortified with calcium, vitamins A and D and riboflavin, and has 8 to 10 grams of protein per serving. This makes it the most similar milk alternative to cow's milk in terms of nutrition profile.

Soy milk may also contain natural compounds called isoflavones, which have been associated with a reduced risk of heart disease and a 25% decrease in breast cancer recurrence when at least 10 mg of isoflavones are consumed daily.

Increased soy consumption may be beneficial for menopausal women due to compounds in soy that can help ameliorate the effects of dramatic declines in estrogen during menopause. These phytoestrogens in soy are not an exact replacement for estrogen and do not have an estrogenising effect on men or women, but they may help to support the body in balancing hormone levels and thereby decrease common symptoms of menopause such as hot flashes.

Soy milk that is certified as non-GMO (genetically modified organism) is available in many places, although no adverse effects of consuming GMO soy have been seen in humans.

Just as with cow's milk, soy may be used to make formula for infants, but the milk itself is not a suitable replacement for breastmilk or formula.

Almond milk has much less protein than dairy milk and soy milk, but many people enjoy the slightly sweeter flavor of almond milk and its creamy texture that is similar to dairy milk.

Almond milk contains a high amount of vitamin E, providing about 50% of the daily value in one serving (one cup). However, it only has about 1/3 of the calories as 2% (cow's) milk and, unless fortified, is lacking in other vitamins, minerals and fatty acids present in dairy milk. Because of this, almond milk is not a suitable alternative to breastmilk or formula for infants.1

Almond milk is made from ground almonds, water and (in most cases) sweetener. Many varieties of almond milk are also fortified with vitamins and minerals.

Other common nut milks include cashew, hazelnut and walnut milk.

Rice milk is the most hypoallergenic of any of the milk alternatives and is often free of soy, gluten and nuts. It is made from boiled rice, brown rice syrup and brown rice starch. Rice milk is high in carbohydrates and low in protein compared to dairy milk.

As it is quite thin and watery, rice milk is not especially well suited for use in cooking or baking.1 Rice milks is not naturally rich in calcium, so it is sensible to choose a variety that is fortified with this mineral if it is intended to replace cow's milk.

There are many alternatives to dairy milk including coconut, almond, soy and rice.

Coconut milk may be the milk alternative with a texture closest to that of whole milk. It is relatively high in fat, with about 5 grams of saturated fat per serving. Coconut milk, along with most nut milks, works well in baked goods because of its nutty flavor. As it is naturally soy- and gluten-free, coconut milk is often a good choice for those with multiple food allergies, although it is important to check that it was produced in a facility free from such allergens.

Coconut Milk and Almond Milk- A health alternative to ...