What Is Casein protein Made From? 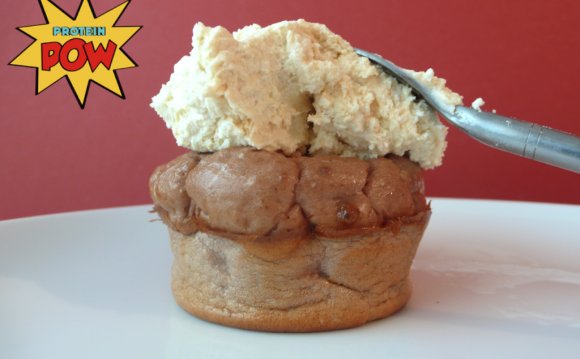 Like whey powder, casein powder is made from milk.

The supplement section of many health foods stores contains massive containers of protein powders. Usually derived from egg whites, whey, soybeans or rice, they deliver large quantities of dietary protein in a concentrated, easy-to-use form. Casein-based protein powder is a less common alternative that's valued in some applications, often as a complement to whey. Like whey, it's derived from milk.

Dairy products are a valuable food because, unlike almost everything else in the human diet, milk exists for the specific purpose of nourishing mammals. It contains dozens of proteins, all of which contain the full range of amino acids needed for human nutrition. A full 80 percent of those proteins are in the form of caseins, differing from the others in their behavior. Casein molecules are attracted to each other chemically, gathering together in groups of thousands to make clusters called "micelles." When separated from the milk and dehydrated, these large protein clusters make casein protein powder.

For dairy producers, casein is a versatile profit-producer with many uses other than protein powders. It tends to clump together and form curds when milk is gently acidified or coagulated through enzymes - the basic technique used to make most cheeses. It can also be curdled through bacterial cultures, which causes a looser thickening effect that results in yogurt or sour cream. Unlike these conventional dairy products, however, casein powder has a two-year shelf life when stored at room temperature.

Like other protein powders, whey and casein are frequently used by bodybuilders and competitive or hobby athletes to help speed the development of muscle mass. Whey molecules are small and uncomplicated that are quickly digested by the body, providing plenty of bioavailable amino acids to fuel muscle growth. This is ideal for consumption immediately before or after a workout. Casein's larger, slower-digested molecules are superior for limiting the degradation of muscle tissue after a workout. It can be consumed before or after the workout, or before bed to provide long-lasting protein during the night. Their effects are complementary, and the two can be combined to improve the development and maintenance of lean muscle mass.

Some Other Health Considerations

Aside from their role in muscle development, casein powder and whey powder have the potential for other uses. For example, the powders can be used as a flour replacement in low-carb baking. They also show promise as a therapy for elderly or malnourished patients who have difficulty acquiring adequate protein from conventional dietary sources. Anyone with a milk allergy or lactose intolerance should avoid casein and whey, because of their dairy origins, and opt instead for egg white or vegetable-based protein powders.