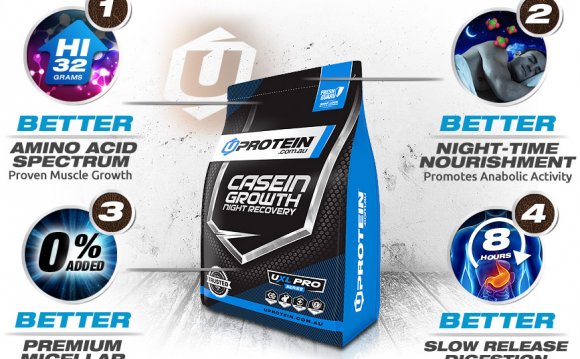 Yogurt is a natural provider of casein.

If you're looking for a different way to hit your protein intake rather than relying on beef, fish and chicken, casein protein is an alternative. Casein is one of three types of protein found in milk, the other two being lactalbumins and lactoglobulins. Some processed foods, such as margarine, bread, soy cheeses and baby formula, may have casein added to them, but you'll find casein protein as a natural component of dairy-based foods.

The proteins in milk are predominantly casein-based, with casein making up between 75 percent and 85 percent of the protein found in the beverage. An average 1-cup serving of reduced-fat, 2-percent milk contains just over 8 grams of protein, meaning that you get around 6 to 7 grams of casein per cup.

Yogurt comes in many different forms, but all regular or Greek yogurts are sources of casein. As you need around 4 pounds of milk to make just 1 pound of the finished product, yogurt is a highly concentrated form of casein, notes Susan Bowerman of the University of California, Los Angeles, Center for Human Nutrition in an interview with the Los Angeles Times website. You get around 15 to 20 grams of protein per 6-ounce serving, Bowerman adds.

Increasing your protein intake by eating more casein-containing foods may be beneficial. A higher protein intake is required for active individuals looking to build muscle mass, but more protein can also aid weight loss. When you're not eating enough protein, your body can break down lean mass to compensate, notes registered dietitian Kimberly Mahoney of the Obesity Action Coalition. Natural casein-providers in the form of dairy products also provide calcium and vitamin D.