Where do kefir grains come from? 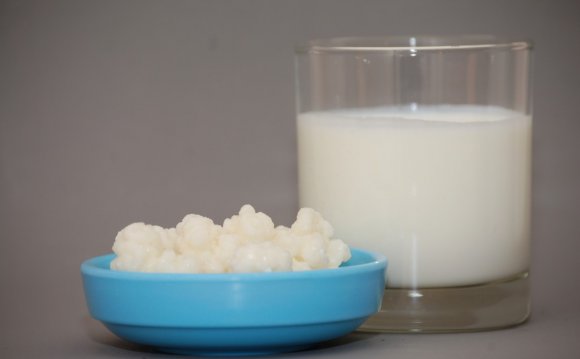 Where do kefir grains come from? It's a bit of a mystery...

Kefir grains occur in nature. They are living organisms (not man-made). No one knows exactly where or when the kefir grain first appeared. What has been established however, is that kefir grains originated from the Northern Caucasus Mountain region of the former USSR.

The local people of the Caucasus Mountains are said to have discovered kefir several thousand years ago, believing it was a 'miraculous' gift from Mohomad" exclusively for them. The grains were treated like precious jewels in each family, because of their ability to preserve and enhance milk.

As part of its mystery, kefir is closely linked to the longevity of the Caucasian people, who were known to live long and healthy lives, with many centenarians among them. The word 'kefir' comes from the turkish language and means 'long life' or 'good life'.

According to legend, the Caucasian people were very possessive about their precious kefir, and wanted to keep their 'miracle drink' secret from the rest of the world. Luckily for us they didn't succeed… and at the turn of the twentieth century, stories about kefir leaked out to Russian officials who wanted to make the kefir drink available for all Russian citizens… After some persuasion, (The stuff of James Bond movies - a Prince, a beautiful woman - the kefir 'jewel's, espionage...) the kefir grains were shared with the Russians.

Kefir is considered a staple food in Russia.
Kefir is widely consumed throughout Eastern and Central Europe, where the drink is associated with general well being. It is given to children in primary schools to help them concentrate, as well as the elderly in nursing homes and everyone in between. Most people who grew up on kefir will tell you 'it's good for you', or their Grandma used to make it and swore by it!
We have discovered kefir through need and can testify that it is one amazing, natural and delicious food, thanks to fermentation of the cultures!

How to make Kefir from Kefir grains