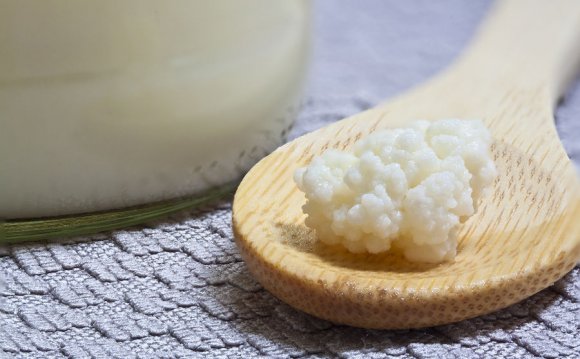 While milk kefir grains can be used with raw milk, when rehdyrating the grains, it is first important to rehydrate the grains in pasteurized milk. Because raw milk contains its own bacteria, those bacteria can introduce competition for the rehydrating grains and keep them from activating properly.

Once the grains have been fully activated in pasteurized milk, the grains may be slowly transitioned to raw milk.

How To Make Raw Milk Kefir