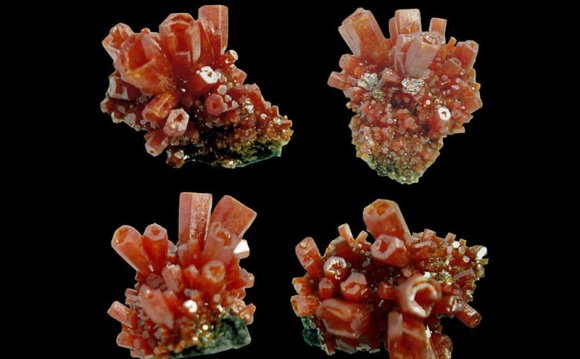 New moms across the country are popping pills meant to alleviate gastrointestinal distress—not because their stomachs hurt, but because they want more breast milk.

The drugs are typically prescribed by lactation consultants—specialists who help women cope with breastfeeding issues—who say the pills can increase prolactin, the hormone responsible for breast-milk production. But a growing chorus of doctors says there is little if any evidence that the drugs—one of which has not been approved by the FDA—are actually effective at boosting prolactin. More troubling, they say, the drugs can pose serious health risks to women who use them.

The two most popular drugs, according to medical and lactation experts, are Reglan, which has been found in rare cases to cause an irreversible facial muscle-spasm condition, and Domperidone, which is not FDA-approved and mostly found via Canadian online pharmacies. One of Reglan’s side effects, according to the FDA, is depression—a condition some new mothers are already at risk of.

While the exact number of women using the drugs is difficult to determine, the topic is hotly discussed at breastfeeding support groups like La Leche League and in online new-mother forums. On the Fertile Thoughts blog, for example, commenters have referred to Domperidone as a “wonder drug” and traded tips on where to find it. One site, BigMountainDrugs.com, was recently listing 1, 000 capsules for $118, alongside advertisements for discounted Viagra.

“It was better to take the drug so our kids were getting breast milk, ” said Kelli Davis, a schoolteacher in Toronto. In an interview, Davis said she took Domperidone for two years after struggling to nurse her first child, and said she had no side effects. The drug is approved in Canada, but only for its gastrointestinal use.

On the online mothering forum Baby Center, one new mom taking Domperidone posted that she “gained quite a bit of weight” and didn’t know if the drug “actually is doing anything, ” but added, “I still take it as an insurance policy.” Another mother wrote that she’d been taking the medication for four months and didn’t notice much of a difference.

The off-label usage of GI drugs is one of the more extreme measures nursing mothers are taking when they can’t or won’t use formula. Some are using breast pumps in the middle of the night to build up their supplies. Others are getting donated milk from human “milk banks” or guzzling foul-tasting fenugreek tea. It comes at a time when the pressure to breastfeed is intensifying. In New York City, Mayor Michael Bloomberg’s new Latch On NYC program aims to spread the gospel of breast milk through subway advertisements showing happy moms nursing their presumably happy babies. The program also bans distributing free formula samples in maternity wards. “We don’t give free McDonald’s to our cardiac patients, ” said Allison Walsh, manager of parent education and lactation services at Beth Israel Hospital in Manhattan.

The “breast is best” camp, including some lactation consultants and pediatricians, have applauded the move, citing research that the nutrients in breast milk help prevent infections and illnesses for infants, and can even increase IQ.

But critics say campaigns like these are fueling an unintended side effect: making new mothers more stressed out than ever.

“Breastfeeding has gone from being an ideal option for new mothers to a mandatory prerequisite for ‘good’ parenthood, ” wrote Gayle Tzemach Lemmon in a recent article in The Atlantic about Bloomberg’s New York campaign.

In reality, some women have difficulty breastfeeding, or have babies who struggle with latching on properly. Others worry they don’t have enough milk, or are told by pediatricians that their milk is too “thin.” Desperate, and feeling guilty or ashamed for using baby formula, some seek any help they can find to squeeze out a few extra drops of milk.

“We have to get a reality check here, ” said Jacques Moritz, medical director of Beth Israel Hospital’s gynecology department. Moritz said he gets requests “every day” for the GI drugs, but refuses to prescribe them. “You get an ‘A’ for effort for breastfeeding. This cannot be an obsession. You can’t take the risk of your life.”

In 2004, the FDA issued a warning about Domperidone, advising women not to take it to increase breast milk production and alerting FDA officials to watch for attempts to import the drug through other countries. An intravenous form of the drug aggravated cardiac problems and, in a few rare cases, caused sudden death. Reglan, the commercial name for metoclopramide, is FDA-approved only for GI-related use. In 2009, the FDA issued a warning about the drug’s possible side effect, a potentially permanent movement disorder called tardive dyskinesia, which can resemble Tourette’s Syndrome or Parkinson’s disease.

“If you’ve ever seen tardive dyskinesia, you’ll never use the medicine again. This is a black-box warning, ” Moritz said, referring to the requirement that a special warning be included on the drug’s packaging. “It’s not like you’ll have a little headache or some stomach pains. We’re going to give that to somebody?”