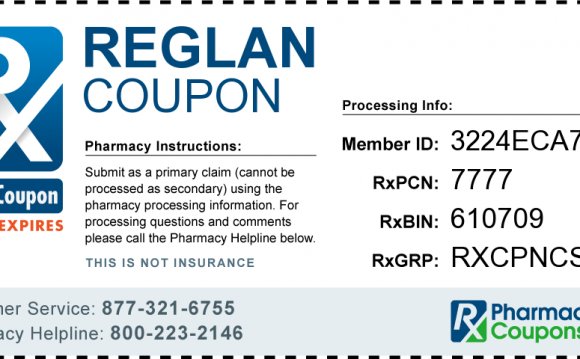 Summary of Use during Lactation

Metoclopramide is excreted in variable amounts in breastmilk. Most infants would receive less than 10% of the maternal weight-adjusted dosage, but some receive doses that achieve pharmacologically active serum levels, elevated serum prolactin and possible gastrointestinal side effects. Although most studies have found no adverse effects in breastfed infants during maternal metoclopramide use, many did not adequately observe for side effects.

Metoclopramide is used as a galactogogue.[1] Metoclopramide increases serum prolactin, but its clinical value in increasing milk supply is questionable. Galactogogues should never replace evaluation and counseling on modifiable factors that affect milk production.[2] In well-designed studies that evaluated the effectiveness of metoclopramide as a galactogogue in women who continue to have difficulty producing milk after nursing techniques have been optimized, it was of no additional benefit. Prophylactic use in the mothers of preterm infants has also shown little or no benefit.

Metoclopramide has no officially established dosage for increasing milk supply. Most studies have used metoclopramide in a dosage of 10 mg 2 or 3 times daily for 7 to 14 days. Some studies used a tapering dosage for the last days few of the regimen to avoid an abrupt drop in milk supply after drug discontinuation. No published literature supports the efficacy or safety of higher dosages, longer treatment periods or repeated courses of therapy.

Postpartum mothers are at a relatively high risk for postpartum depression and metoclopramide can cause depression as a side effect. Therefore, metoclopramide should probably be avoided in women with a history of major depression and not used for prolonged periods in any mothers during this time of high susceptibility.[3][4] Long-term uses of metoclopramide also increases the risk of tardive dyskinesia.[5] Other reported side effects in nursing mothers include tiredness, nausea, headache, diarrhea, dry mouth, breast discomfort, vertigo, restless legs, intestinal gas, hair loss and anxiety.[4][6][7]

Maternal Levels. Ten mothers who were 7 to 10 days postpartum were given a single oral dose of metoclopramide 10 mg. Two hours after the dose, the average milk level was 126 mcg/L. The authors estimated that a fully breastfed infant would receive a maximum daily dosage of 45 mcg/kg.[8]

Seventeen women who were part of a study of metoclopramide for enhancing lactation in mothers of premature infants had complete 24-hour milk samples measured for metoclopramide. The dosage was 10 mg orally 3 times daily and milk samples were collected between day 6 and 14 of therapy. Three of the mothers had no measurable metoclopramide in milk. The other 14 mothers had metoclopramide milk levels averaging 45 mcg/L. The authors calculated that a fully breastfed infant would receive 11 mcg/kg daily.[10][11] This corresponds to about 2% of the maternal weight-adjusted dosage and 7 to 11% of a dose for preterm infants.[12]

Infant Levels. Five breastfed infants were studied whose mothers were taking metoclopramide 10 mg orally 3 times daily beginning on the day 3 to 9 postpartum because of an insufficient milk supply. Serum metoclopramide levels were undetectable (