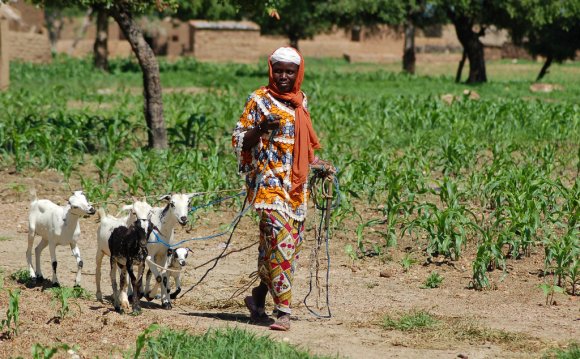 Everything You Need to Know about Goat Farming

There are many good reasons for raising dairy goats and this article is the best place to start forÂ more information about the best goats for milk.

Maybe your children are looking for a 4-H project. Perhaps you have always dreamed of providing your family’s milk supply. Some people would like to start a home business based on goat milk. It’s possible that you aren’t even sure why you want goats, and you wouldn’t be unusual if you said you simply like the fascinating animals.

But the reason is important because to a great degree, that will determine how you will raise them, and how you should get started.

Therefore, our goal will be to help you explore the possibilities. We’ll tell you what you must know about goats before you start raising them for any reason. But only you can decide why you want to raise them, and therefore how much time, money, effort, study and sheer dedication you will allot to the enterprise.

Even if you have never met a goat in person, you probably know, from pictures and reading, that they are friendly, docile, curious and intelligent. And of course, they produce rich, delicious milk.

A good milking doe will produce an average of about 2-3 quarts a day, but that’s extremely misleading. The main reason is that most goats will produce a lot of milkâ often a gallon or more per dayâsoon after kidding. After that peak, production declines, sometimes slowly, sometimes not so slowly. A good goat should produce for 9-10 months of the year, although the last part of the lactation (milking period) might only amount to a few cups a day. A not-so-good goat might only produce for a couple of months before going dry.

The best goats for milk: A breed overview

Naturally you’ll want to knowÂ what the best goats for milk are.

While there are hundreds of breeds of goats throughout the world, only eight are generally recognized as dairy breeds in the United States and thus the best goats for milk.

Goats of any breed and either sex can have horns. It’s best to start with one that is naturally hornless or has been disbudded or dehorned at an early age.

There is no best breed. There is far more variation among animals of the same breed than there is between one breed and another. Some Nubians produce much more milk than some Saanens. Some Saanens produce more butterfat than some Nubians. And “breed average” milk production means nothing when choosing an animal.