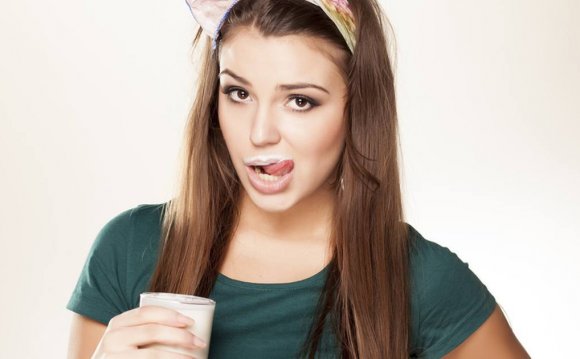 d Lactic acid concentration increases during storage, reaching a maximum of 7739 parts per million [ppm] by day 21 [kefir stored at 4°C].[1] The form of lactic acid found in kefir is almost 100% of the isomer L[+] lactic acid. On the other hand yogurt contains almost equal proportion of both isomers, D[-] lactic acid and L[+] lactic acid through the fermentation of lactose. Research in the former USSR [Russia] concluded that whole milk-kefir is well tolerated and gives adequate weight gain, providing a high content of indispensable fatty acids in blood serum of premature infants.[5] It is therefore logical to conclude that toddlers born at normal gestation should tolerate kefir quite well. D[-] lactic acid can cause Lactic acidosis, in which infants are more susceptible. This is why kefir is quite suitable for infants.

e Initial ethanol alcohol content of fresh kefir can range from about .04 to .5% by volume, and kefir grain-prepared kefir usually contains more ethanol alcohol than commercial starter-prepared kefir. This is probably due to yeast content of both kefir types, where it is common to only include 1 yeast strain in commercial kefir production. Although ethanol concentration increases during storage.[1] Ethanol may reach a maximum of 2% to 3% alcohol by volume, depending on the starter, initial lactose content of the fresh milk, including culture and ripening-conditions and length of fermentation including the amount of kefir-grain culture used to inoculate milk.

f Under parallel culture-conditions, kefir prepared with traditional kefir grains [as apposed to artificial starter-prepared kefir] has the lowest folacin content in the fresh product at day 0 [0.0043mg or 0.43mcg] . However, kefir grain-prepared kefir exhibits the highest rate of folacin production [bio-synthesis] during storage. This is quite likely due to the fact that artificial kefir-starters are prepared usually containing only one yeast strain, as apposed to the vast population of different yeast strains found in kefir grains. Mostly yeasts are responsible for the bio-synthesis of the B group vitamins. Kefir prepared with traditional kefir grains, folacin increased by 116.2% [0.0095mg or 0.95mcg] during storage for 48 hours at 4°C.[2]

g There have been some 40 aromatic compounds discovered in kefir. Amounts of acetaldehyde and acetoin increased during fermentation. Acetaldehyde content in kefir samples doubled from day 0 to day 21, reaching a final concentration of 1.1g/100g. During storage, the concentration of acetoin decreased from 25 ppm on day 0 to 16 ppm on day 21. However, diacetyl was not detected during fermentation or storage.[1] The nature of the mother-culture, medium, culture-conditions including storage play an important roll in the biosynthesis of compounds in kefir.

h Three isomers determined by a two-step methylation method followed by gas chromatography was used to identify conjugated linoleic acids [CLA] isomers of (c9, t11; t10, c12; t9, t11), butyric, palmitic, palmitoleic, oleic acids, which have been proven as antimutagenic components [protects damage to DNA of body cells] of milk fat, were in higher concentrations in kefir, than that found in fresh milk and yogurt.[3]

i Research in 1993 in Yugoslavia explains that the organisms of kefir grains assimilate cholesterol in milk by some 22% to 63% during a 24 hour culture-cycle with kefir grains. Out of 6 batches of kefir grains obtained from Yugoslavia, Hungary and Caucasus, some batches were more effective at assimilating cholesterol than others. Further cholesterol was reduced during storage at 10°C for 48 hours where between 41 to 84% cholesterol had disappeared.[4]

j Protein digestibility is better with kefir produced from pasteurised milk than with raw milk. This is due to lack of oxygen and the denatured amino acid profile in pasteurised milk, which also has shown to produce kefir with a more favourable consistency.