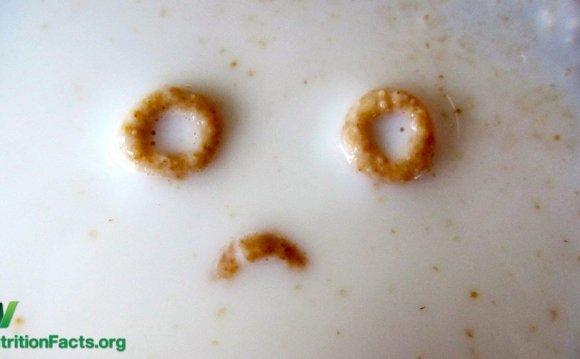 Parents often feel that their child produce more mucus after drinking milk or eating dairy foods. Some people complain that their throat feels coated, and this makes them cough.

However, everyone has mucus. Mucus is produced by cells within the nose, sinuses and lungs. It consists of water, salt and various proteins that help trap germs and particles of dirt. Antibacterial enzymes and proteins called antibodies in mucus also help to kill germs and protect from infection. Mucus is moved towards the back of the throat by microscopic hair cells called 'cilia', where it is then swallowed.

Too much mucus can make the nose run or drip down the back of the throat, leading to “post-nasal drip” and cough. Infections and allergy can also trigger excessive mucous production, causing cough and sore throats. Heating, air conditioning and some medicines (for example, some anti-histamines) can dry the mucus, which can irritate the throat and be hard to clear.

Recent research has shown that the sensation of milk coating the throat is due to the texture of the fluid, and not to increase production of mucus, and that the same sensation occurs with other liquids of similar thickness. Symptoms of cows' milk allergy are very different.

There is now excellent evidence that:

Milk and other dairy products are important sources of calcium and other minerals needed for strong teeth and growing bones. Cutting out milk unnecessarily limits food choices and will affect a child’s nutrition. Unless there is good evidence that milk is causing an allergic reaction, it is important not to remove it from your child’s diet. If a doctor decides that elimination of milk is needed due to allergies, then they should consult a dietician to ensure that your child’s diet is sufficient to meet their nutritional needs (for example, they may need other calcium-containing foods and drinks, or to take a calcium supplement).

Myth of Milk and Mucus Coughs, Colds and Asthma

Is Milk and Mucus a Myth? | NutritionFacts.org