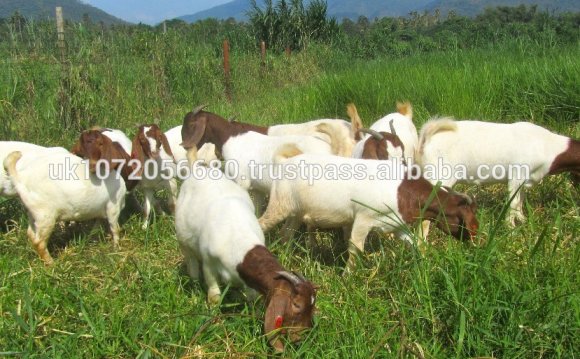 There are many uses for milk. Along with drinking, it is a necessary ingredient in many recipes and is required to make cheeses, yogurt, and other foods. Having a self-sustained supply of milk is invaluable on a small homestead, but most family homes cannot justify the expense, the workload, nor the space required for a cow just to produce milk for the family. A single cow is also capable of producing far more milk than the average family would use daily, and, although there are ways to use surplus milk, in most cases it ends up being more time-consuming than it is worth. So what’s a family who wants to be self-sufficient to do? You don’t have to rely on stores or the kindness of others. You can produce your own milk supply with the help of one of nature’s most versatile domestic creatures: the goat.

Goat’s milk is consumed by 65% of the world’s population. In many countries, the same reasons as those faced by small homesteads apply. The cost of maintaining larger animals and the time required for care make goats a much wiser choice. Goat’s milk is also delicious! That plays a huge part in choosing goats over cows as well.

Goat’s milk has a bad reputation in America, but largely the cause of that reputation is a lack of understanding on how to properly care for and use goat’s milk and consumption of store bought goat’s milk. Goat’s milk has one drawback over cow’s milk. It doesn’t store well for long periods. Fresh goat’s milk is delicious, creamy and smooth. It makes wonderful soft cheeses, although it tends to be more difficult to make hard cheeses such as cheddar with goat’s milk.

Once you make the decision to buy a goat, there are several things to consider in order to choose the right animal for your needs.

What Breed is Best

Best is a hard thing to qualify because everybody who has spent time with raising goats has their own favorites, and there are a few reasons that different breeds are better than others. There are several breeds that are real stand-outs when it comes to milk production and taste. Yes, the taste of the milk does vary between breeds, and should be a consideration when making your choice.

The most popular dairy goat breeds are: Alpine, Nubian and Saanen. There are many others, but those three maintain their popularity for several reasons. When making the choice to see which breed fits your situation best, consider the following information:

Alpines have a very pleasant, easy-going personality. They come in a wide variety of colors and are attractive to look at. They produce about a gallon of milk per day. The milk is mild and creamy but not as sweet as Nubian milk.

Nubians are the comics of the goat world. They are also expressive and intelligent. It has been said by Nubian owners that there isn’t a gate that they can’t open. They are a distinctive looking breed because they are the only goat breed that has long, pendulous ears that hang down the sides of their heads and big Roman noses. They are also a colorful breed, with many coat colors and patterns. They are beautiful to look at and ordinarily very gentle and loving.

On the flip side, Nubians can be very opinionated, stubborn, and extremely noisy. Nubians will vocally tell you how they feel at all times of the day—loudly. That can be wonderfully fun for owners who love to communicate with their animals, but difficult for some small homestead goat owners with less than thrilled neighbors. Nubian milk is the creamiest of all goat milks. They have the highest fat content of all the breeds, and their milk is deliciously sweet and makes excellent cheese. Nubians are on the modest side of the scale when it comes to production, averaging about ½ to ¾ gallon per day, per animal.

Saanens are the Holsteins of the goat world. When it comes to overall production, they are hard to beat. Averaging about 1 ½ gallons per day, per animal, some can even produce up to 2 gallons of milk per day. Saanen goat milk has the lowest fat concentration of all the breeds and the milk is a little thin tasting, but very palatable. If you need a lot of milk and do not intend to make a lot of rich cheeses, the Saanen may be your best bet. They are traditionally white, although there is a variety of Saanen called the “Sable” which is a colored variety of the breed. Saanens are also a very large goat, even bigger than the Nubian. Luckily, in spite of their great size, Saanens are very mellow and good-natured.

Another possibility many homesteaders consider is crossbred goats. Many times you can get the ‘best of both (or more) worlds’ when you buy a goat that is a combination of several breeds. The risk there is you won’t know until you get the animal in production if the right combination exists. Also, in some cases it is hard to tell what breeds were in the mix, unless one was Nubian. Nubian crosses are almost always easy to spot due to their long, hanging ears, or what is known as “airplane” ears, the result of long hanging ears mixed with small perk ears.

Size is a consideration for those who want to be self-sufficient but do not have a lot of room. It is important to remember that any breed of goat will produce milk, so, if space is a big consideration, a small breed may be the way to go. Pygmy goats are a popular choice for meat, but are tough to milk, and don’t produce much. However, the Nigerian Dwarf goat is a very small goat breed that has very good dairy tendencies and makes a great choice for small spaces. In general, goats do not need a lot of room; but if you only have a small backyard, a Saanen or Nubian is probably going to be a little cramped.

How Many Goats Do You Need?

Another thing to remember is that you can’t have just one. Well, in reality you can, but it will be difficult for several reasons. Goats are herd animal and do not do as well in single habitation. However, that’s not the main reason you need more than one goat. Milk production occurs because they are lactating for their young. That means you must breed your goat in order to start milk production. And, while regular milking will keep the production going for a little longer than nature would normally have it continue when nursing, production will begin to wane after it peaks. Having two females will allow you to stagger your breeding times so that your milk production remains somewhat consistent throughout the larger portion of the year. There may still be a dry month here and there, but if you are careful to plan out your schedule well, they will be minimal.

Because you have to breed, a buck (male goat) is an important part of the equation. However, many small homesteaders prefer to use A.I. (artificial insemination) in order to breed their does (females) without the inconvenience and expense of keeping a male around just to cover a few females a year. There is an added benefit to A.I. too—it doesn’t smell. Goats have a reputation for being stinky, but that isn’t true of the does. It is the bucks who smell – they really do!

If you are going to keep your own buck, you will need separate quarters for him. You will also want those quarters as far away from your home, and the girls, as possible. An important reason for keeping the buck so far removed from the does during the times of the year that he isn’t breeding them is that the smell of the buck will rub off onto the does. This will cause them to stink and can also taint the taste of the milk.

Snubians- Saanen Nubian Crosses The Best of Both Goat Worlds