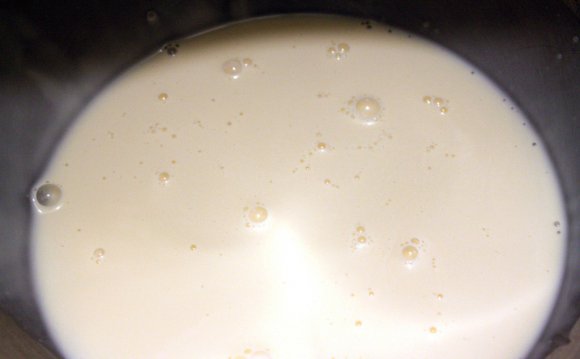 Milk and milk products provide a wealth of nutrition benefits. But raw milk can harbor dangerous microorganisms that can pose serious health risks to you and your family. According to an analysis by the Centers for Disease Control and Prevention (CDC), between 1993 and 2006 more than 1500 people in the United States became sick from drinking raw milk or eating cheese made from raw milk. In addition, CDC reported that unpasteurized milk is 150 times more likely to cause foodborne illness and results in 13 times more hospitalizations than illnesses involving pasteurized dairy products.

Raw milk is milk from cows, sheep, or goats that has not been pasteurized to kill harmful bacteria. This raw, unpasteurized milk can carry dangerous bacteria such as Salmonella, E. coli, and Listeria, which are responsible for causing numerous foodborne illnesses.

These harmful bacteria can seriously affect the health of anyone who drinks raw milk, or eats foods made from raw milk. However, the bacteria in raw milk can be especially dangerous to people with weakened immune systems, older adults, pregnant women, and children. In fact, the CDC analysis found that foodborne illness from raw milk especially affected children and teenagers.

Pasteurization is a process that kills harmful bacteria by heating milk to a specific temperature for a set period of time. First developed by Louis Pasteur in 1864, pasteurization kills harmful organisms responsible for such diseases as listeriosis, typhoid fever, tuberculosis, diphtheria, and brucellosis.

Research shows no meaningful difference in the nutritional values of pasteurized and unpasteurized milk. Pasteurized milk contains low levels of the type of nonpathogenic bacteria that can cause food spoilage, so storing your pasteurized milk in the refrigerator is still important.

While pasteurization has helped provide safe, nutrient-rich milk and cheese for over 120 years, some people continue to believe that pasteurization harms milk and that raw milk is a safe healthier alternative.

Here are some common myths and proven facts about milk and pasteurization:

Symptoms of foodborne illness include:

While most healthy people will recover from an illness caused by harmful bacteria in raw milk - or in foods made with raw milk - within a short period of time, some can develop symptoms that are chronic, severe, or even life-threatening.

If you or someone you know becomes ill after consuming raw milk or products made from raw milk - or, if you are pregnant and think you could have consumed contaminated raw milk or cheese - see a doctor or healthcare provider immediately.

The Dangers of Listeria and Pregnancy

Pregnant women run a serious risk of becoming ill from the bacteria Listeria which can cause miscarriage, fetal death or illness or death of a newborn. If you are pregnant, consuming raw milk - or foods made from raw milk, such as Mexican-style cheese like Queso Blanco or Queso Fresco - can harm your baby even if you don't feel sick.

The Dangers of Unpasteurized Milk