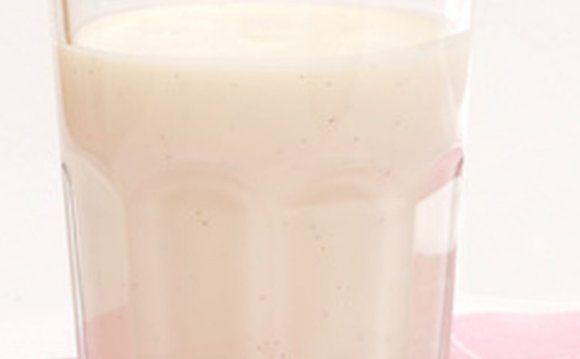 The Greek yogurt craze continues, and with it, the popularity of other cultured dairy products skyrockets. Among them is kefir, a fermented milk that's a bit like a drinkable yogurt.

You can drink kefir as-is or blend it into a smoothie. We found it particularly good with all the melons we had left over from our cover story.

Taster's Choice rated 10 brands of plain kefir, many of which are organic. But it was a pair of nonorganic entries that came out on top.

Trader Joe's ($2.99 for 32 ounces) claimed the winning spot with its "pleasantly tangy and creamy" low-fat drink. "Smooth, but still thick, " this kefir had a "clean milk flavor, " though one panelist called it "a bit one-dimensional." Four tasters would buy and the fifth might.

In second place was The Greek Gods ($4.39 for 32 ounces at Safeway). This was a "thicker, more viscous" kefir that seemed to have a "lemon curd flavor" - "tangy" with a "sweet finish." Three would buy, one might, and one would not.

Nancy's ($4.79 for 32 ounces at Rainbow Grocery) took third. Several panelists rated this as the most "balanced" of the kefirs, with a good "dairy sweetness, " "nice tang" and "nutty finish." "Tastes like buttermilk." Three would buy, one might, and one would not, calling it "flat-tasting."

Wallaby ($3.99 for 32 ounces at Whole Foods) finished fourth. "Mild" was the word most used to describe this kefir, along with "mildly tart, " "mild milk flavor" and "mild and bland." Still, two panelists preferred the mildness and would buy this brand, while one might and the other would not.

On the opposite spectrum was fifth-place Lifeway ($3.89 for 32 ounces at Safeway). "Very tart - verging on sour tasting, " this kefir had a "lemony" and "puckery quality" that would suit those who like "acidic" drinks. Two of our tasters would buy, and three would not.