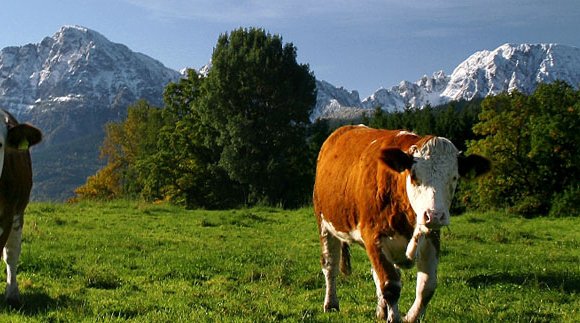 Known to its fans as a hangover cure, ancient miracle food and weight-loss wonder, kefir is a fermented milk drink. Russians each consume about 20 litres a year and nowAustralia is beginning to embrace it.

It is famed for treating stomach upsets and mothers are adding it to their arsenal. When a bug made its way through Gen Kelly's neighbourhood, the mother-of-two gave her children kefir. "Once the kids started taking kefir they perked up and had the energy to get back to school, " she says.

Kefir is reminiscent of fizzy yoghurt. Its lactose has been fermented into lactic acid, making it easy to digest. Fermentation also increases the nutrient profile and fills the kefir with beneficial bacteria. In Turkish "kefir" (keh-fear) means "feel good".

Kefir's history is filled with fervour and espionage. Its origins are in the Caucasus Mountains and it's believed by many to be manna received from heaven during the time of Moses, or a gift from the prophet Mohammed. In his book Wild Fermentation, Sandor Katz tells the story of the All-Russian Physicians Society who, aware of the longevity of the Caucasus tribespeople, engaged local cheesemakers to help them secure grains for medical use. The cheesemakers sent the striking Irina Sakharova to visit the Caucasian prince Bek-Mirza Barcharov in order to charm grains from him. Not willing to betray his lord, he refused, she tried to leave, he had her kidnapped, she was rescued, and he was charged by the Tsar's court." He was ordered by the Tsar to give Sakharova kefir grains, which she took to Moscow. To this day, Russian school children still have daily kefir.

Milk kefir is traditionally made with cow or goat milk and kefir "scoby", more commonly called "grains". A COBY is a symbiotic culture of bacteria and yeast and milk kefir can contain about 30 distinct microbes. Food scientists have tried to replicate kefir grains but, despite isolating the microbes involved, they can't create a kefir scoby. Commercial kefir starters are available but they are only able to culture milk for a few generations before they die. A milk-kefir scoby, looked after properly, is immortal and will double every seven to 10 days.

If dairy is not for you, then water kefir is one of the most diverse probiotic cultures around and is said to offer similar benefits to milk kefir. It has an intriguing past of its own: it's said to have been given to Mother Teresa by Tibetan monks, brought back from Crimea by the British and probably propagated on Mexican cacti. No two water kefir are exactly alike, and they have many names including tibicos, snow lotus and Californian bees. Water kefir is also a scoby culture but with bacteria and yeasts that feed on carbohydrates, enabling water kefir to be produced from many liquids including sugar water, coconut water and soy milk. It is commonly flavoured with fruit and ginger, resulting in a bubbly drink not unlike ginger beer.

Thankfully, it's no longer necessary to access a Soviet spy network. Ask around for people making kefir or check online.

Traditionally the grains were kept in a goat-stomach bag filled with milk and hung by the door. As people came and went they would knock the bag, helping fermentation along by dispersing the grains. If you don't have a goat stomach, use a jar.

1 litre milk, cow or goat, organic and unhomogenised is best

How to Make Authentic Milk Kefir