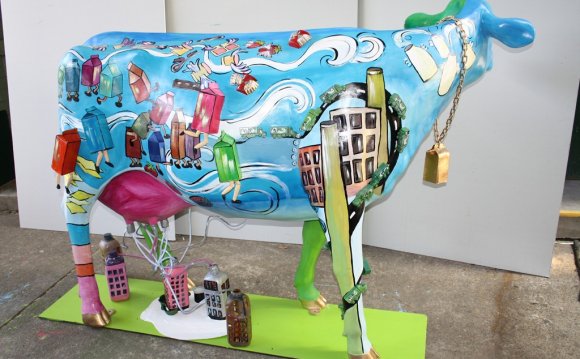 How Milk Gets from the Cow to the Store

In other farms, they are fed grain, hay, or silage (conserved forage) and remain all day in close quarters known as confined animal feeding operations (CAFOs), some of which house thousands of animals.

Many large dairy farms utilize growth hormones and antibiotics during the rearing process to artificially increase a cow's milk production and to decrease the spread of infectious diseases among their cows.

A cow is ready to be milked when her udder is full. The farmer has some flexibility when making a schedule of cow milking times. Usually, cows are milked in the early morning and again in the late afternoon. It is possible to milk a cow by hand.

However, milking a whole herd of cows twice a day in this manner would take a great deal of time and energy. Before the invention of milking machines, people milked their dairy cows by hand by squeezing gently on the cow's teats using the thumb and forefinger. Some people continue to milk a little by hand today.

Cows are normally milked at least twice a day. Milking time takes about five minutes per cow depending on the type of machine and the amount of milk the cow is producing. Most dairies have enough machines to milk more than 20 cows at one time. Milking machines mimic the action of a young calf by creating a pulsating vacuum around the teat, which causes the milk to be released from the udder.