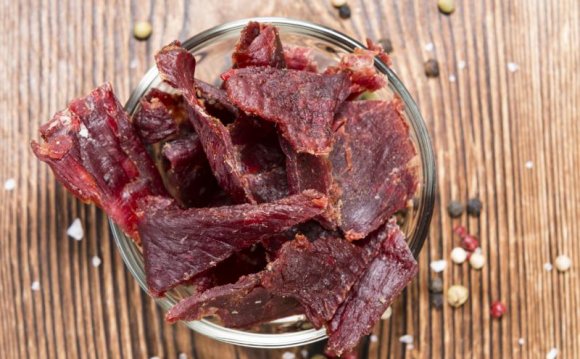 There have been hundreds, if not thousands of articles written and published all over the internet regarding the whole debate of protein supplementation. 95% of them are made up of what I like to call pseudoscience. Primarily, these articles are written without any scientific evidence, substance, or validity to the claims of the author, who is most likely, talking out of his a$$.

The fact of the matter is that protein supplementation works and does so with a great deal of efficacy with regards to stimulating muscle protein synthesis (MPS). In other words, protein supplementation helps the fitness enthusiast increase muscle mass, muscle tone and definition, and therefore aids in the process of fat loss; exactly what we want from it!

There are numerous brands of protein powders out there, and of course, there are numerous sources of protein from which to choose, whey and casein being the most popular. Over the last few months I have received hundreds (okay, maybe only a few) emails regarding protein supplementation with one question being common to all: Which is better, whey or casein?

This is somewhat like the comparison between two cars, one being a petrol powered vehicle (gasoline for all you Americans) and the other, a diesel powered vehicle. Both fuel sources will power the engines, but petrol engines get going faster than diesel engines. In the end, both types will get the job done. And just so you know, and so that I don't get sued, you cannot put diesel in a gasoline powered vehicle.

In the late 90's it was 6 Time Mr. Olympia, Dorian Yates, who was the heavy hitter during the supplement debates regarding the more effective source of protein. He was such an advocate of the use of casein that he introduced his own supplement line with his own designer slow release protein as the flag ship product of his company.

Casein is dairy protein and accounts for almost 80% of all proteins found in cow's milk. It has a very rich pool of amino acids, almost identical to whey protein, which is a byproduct of cheese. This pool of amino acids is high in essential aminos, which are responsible for muscle protein synthesis, or MPS.

When ingested, casein forms a clot in the stomach which slows down the rate of gastric emptying, which affects the rate at which amino acids are absorbed into the blood stream. In other words, because of this clot, the casein takes longer to be digested in the stomach, which slows down the amount of amino acids being released into the small intestine where they are absorbed.

This slow and steady flow of amino acids creates a prolonged yet low rate of MPS. This makes casein the ideal protein supplement to take when going to bed, or when you know you will be going prolonged periods without the opportunity to refuel.

Much like whey protein, there are numerous standard choices when it comes to casein supplements. The most common casein supplements are milk protein and calcium caseinate. However, the most effective is micellar casein.

What Are The Protein Sources?

Is it milk protein, calcium caseinate or micellar casein? Here we are looking for micellar, as this is the most effective form of casein. It is actually the properties of the casein micelle that creates the ability for the protein to form a clot in the stomach, which yields a slow and steady release of amino acids into the small intestine for absorption into the blood stream.

Where On The List Of Ingredients Is Micellar Casein Situated?

It should be first on the list of slow proteins if you want a real top quality supplement.

Which Brand Should I Go With?

Take the information from this article and have a look at what is on the label of the products in the store.

At the end of the day, choosing between whey and casein shouldn't create a conflict. Both are very similar in their amino acid profile differing only in their rate of digestion. From a sports science perspective, they both have varying jobs when used as tools to boost athletic performance. Therefore as far as supplementing, I suggest supplementing with both!

What are the Best Protein Sources?