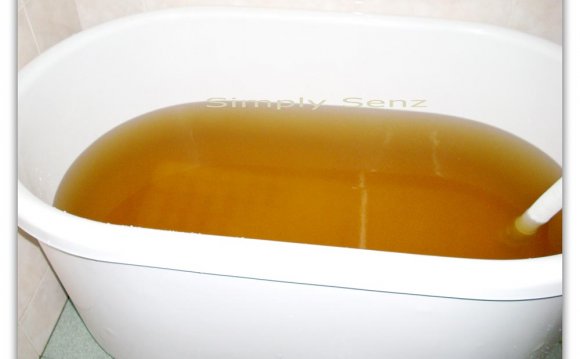 This culture originated many thousands years ago in Tibet and was used by Tibetian monachs medicinally as well as in cosmetics.

Kefir was called "youth elixir", because people who were regularly drinking it always stayed in good shape and never got sick.

The culture was brought to Europe by the Polish professor who was living in India for 5 years and got totally cured from the stomach and liver cancer using this culture.

In Europe Kefir has been extensively used as therapeutic treatment for patients in sanatoriums. Russian doctors used it to treat conditions like anemia, tuberculosis, digestion problems, - to name a few. Still now dietitians in Europe are using Kefir as an effective weight management treatment.

The origin of the first Kefir Grains is widely unknown. Caucasus Mountains and Tibet are two major geographic locations where Kefir has been traditionally used by local communities and kept in secret. We're talking about the same type of culture evolved in different geographic locations.

Caucasian people believe that Prophet Mohamed himself bestowed Kefir Grains as a gift to them, and that the Grains is the Manna described in ancient Bible.


Kefir grains are a gelatinous community of bacteria and yeasts in a matrix of proteins, lipids, and sugars. The fungus looks like white firm monolith of soft cheese or cauliflower. The baby-fungus is 5-6mm in diameter and reaches 40-50mm in diameter before dividing.
The dominant microflora are Saccharomyces kefir, Torula kefir, Lactobacillus caucasicus, Leuconnostoc species, lactic streptococci and lactose-fermenting yeast. The lactobacilli got their name from their chief by-product, lactic acid. These organisms can be found on the surface of nearly every plant. Lactobacillus species are also found in our mouths, intestines, and birth canals.
A European doctor, Dr Johannes Kuhl, conducted one of the foremost studies of lactic acid. In his research he discovered that Kefir was very high in lactic acid. Consequently, found that well-balanced diet with liberal amounts of lactic acid fermented foods was good protection against cancer.

Kefir is very similar to Yogurt. The main difference is that kefir curds have a small surface tension. This allows the curds to be easily broken into small pieces. The small curd size gives Kefir a liquid consistency.

Kefir contains several major strains of friendly bacteria not commonly found in Yogurt: Lactobacillus Caucasus, Leuconostoc, Acetobacter species, and Streptococcus species. It also contains beneficial yeast, such as Saccharomyces kefir and Torula kefir, which dominate, control and eliminate destructive pathogenic yeast in the body. They do so by penetrating the mucosal lining where unhealthy yeast and bacteria reside, cleansing and strengthening the intestines. Hence, the body becomes more efficient in resisting such pathogens as E. coli and intestinal parasites.

In addition to beneficial bacteria and yeast, Kefir contains minerals and essential amino acids that help the body with healing and maintenance functions. The complete proteins in Kefir are partially digested and therefore more easily utilized by the body.

Tryptophan, one of the essential amino acids abundant in Kefir, is well known for its relaxing effect on the nervous system.

Kefir also offers an abundance of Calcium and Magnesium, which are also important minerals for a healthy nervous system. Kefir in the diet has a particularly profound calming effect on the nerves.

Kefir's ample supply of Phosphorus, the second most abundant mineral in our bodies, helps utilize carbohydrates, fats, and proteins for cell growth, maintenance and energy.

Kefir is rich in Vitamin B1, B12, amino acids, Folic acid and Vitamin K. It is an excellent source of Biotin, a B Vitamin that aids the body's assimilation of other B Vitamins, such as Folic acid, Pantothenic acid, and B12. The numerous benefits of maintaining adequate B vitamin intake range from regulation of the kidneys, liver and nervous system to helping relieve skin disorders, boost energy and promote longevity.

HOW THE MUSHROOM HEALS

Our diet is mostly composed of "dead (cooked) food", which petrifies in our intestines and poisons us from inside, poisoning the blood. The death is indeed "made by man".

Kefir, made with LIVE TIBETAN MUSHROOM brings microflora of intestines into balance and takes out the toxins built up in the body.

1. When you first get your mushroom place it in a plastic (use only plastic or wooden utensils!) sieve and wash it gently under cool unchlorinated water.

2. Place the mushroom in a small container.

The most suitable fermentation pots are glass, glazed pottery, or porcelain. Aluminum is unsuitable at all for any lactic acid fermentation.

4. Cover with a cheese cloth/cotton to prevent contamination, but allow the air for the mushroom. Secure with rubber band.

5. Place in a dry place and let sit at room temperature out of direct sunlight for 24 hours.

6. Strain the Kefir, rinse the mushroom and return it to the clean container. Repeat the process again.

7. The mushroom will grow and you can split it when it does and it can be air dried to store or passed on to somebody else.

8. If you go away on holiday simply and leave the mushroom and milk in a cool dark place.

10. The strength of the Kefir can be regulated by increasing or decreasing the ratio of milk to mushroom.